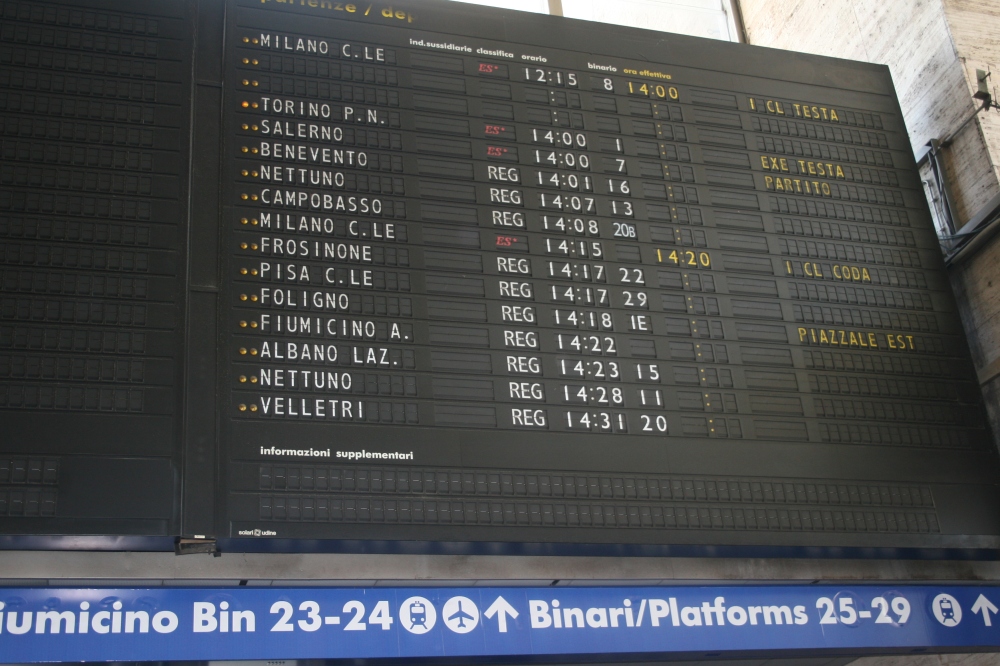 “Roma Termini (in Italian, Stazione Termini) is the main railway station of Rome, Italy. It is named after the district of the same name, which in turn took its name from the ancient Baths of Diocletian (in Latin, thermae) which lie across the street from the main entrance.”

Train stations in Italy can be very intimidating. From my memory, the orario (timetable) like the one above, is updated not too long before departure. So if you are an anxious American traveler like me, who arrives at the station with a reasonable amount of time prior to her train departure (say, 30 minutes), said traveler will not find her train listed on the orario. But stai tranquilla (keep calm, a phrase I’ve heard several times in Italy), it will eventually appear.

In locating one’s train, it is imperative to know the binaro (platform) from which the train departs, and the carrozza (carriage — train car) onto which you should board to find your seat. Debra Kolkka who blogs at Bagni di Lucca and Beyond has outlined it nicely in her post Reading a Train Ticket. I suggest it as quick but required reading for all train travelers in Italy this summer!

Click on the Italian words to hear them pronounced at Google Translate. Find more helpful words and phrases for train travelers at the following resources: Italia Rail, About.com. 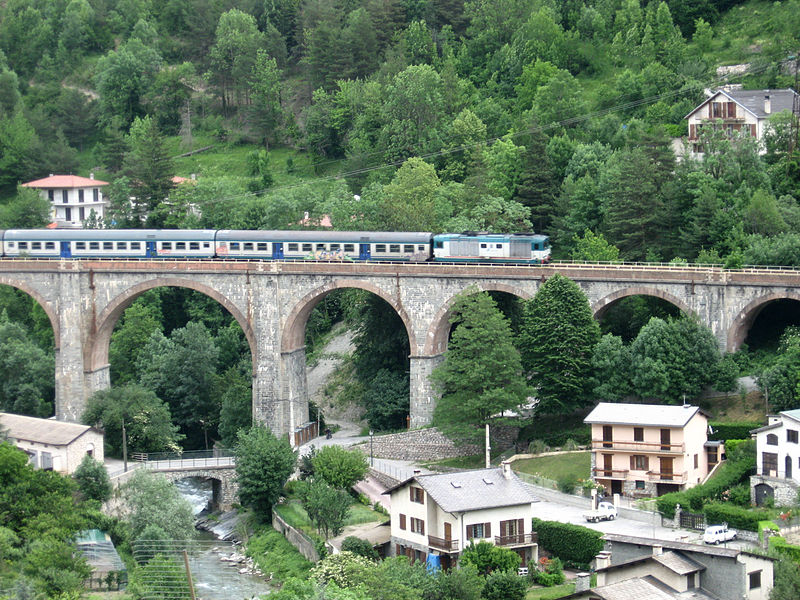