The view from the Ponte Vecchio in Florence, Italy, is stunning in every direction. Yet despite all of the eye candy within site (the Arno river, two other breathtaking bridges, all in the shadow of Brunelleschi’s famous dome), the question going through my mind was, “what’s with all the locks?”

I asked a local who explained the tradition. These are love locks, usually inscribed with a couple’s names, initials, or significant date, then locked to the bridge to symbolize that the two are locked together in love forever (“until they get divorced…then they come back cut the lock and toss it in the river” said the caption of the photo below from Wikimedia Commons). 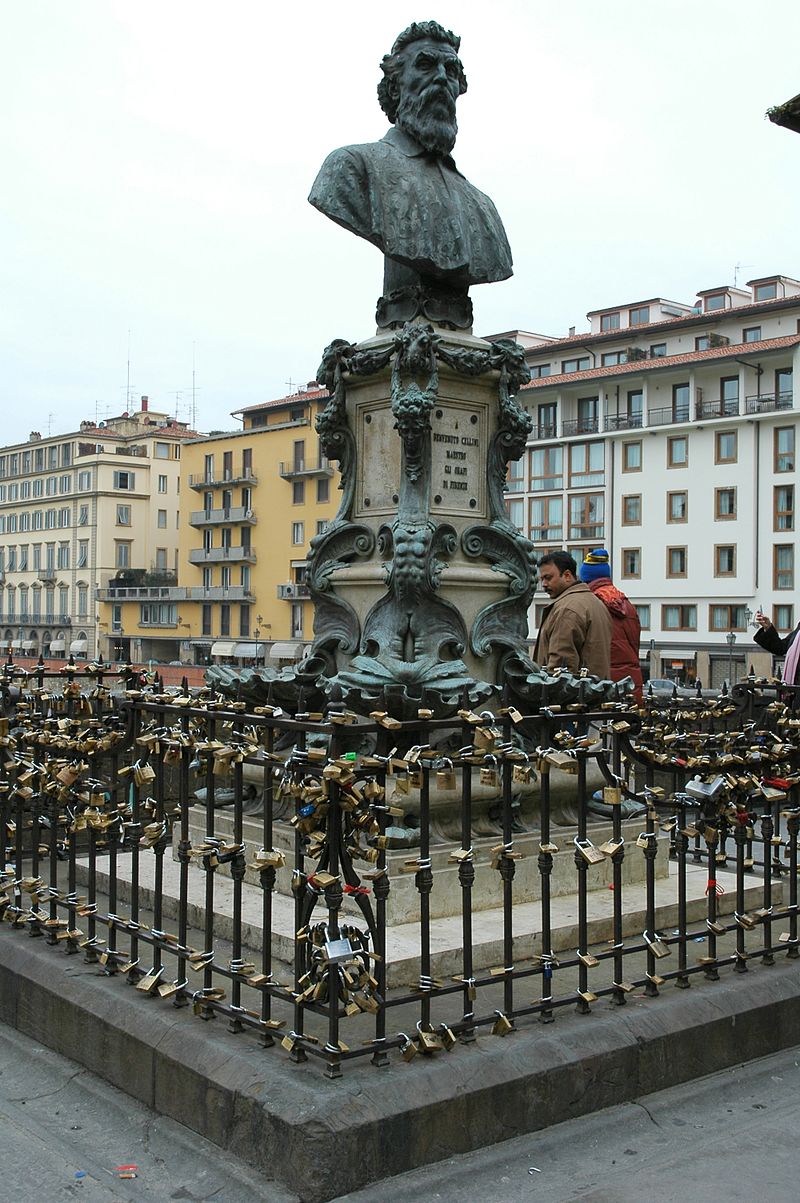 In many places these love locks are frowned upon or even illegal, being considered anywhere from a nuisance to a form of vandalism. I’m told authorities come periodically and remove the locks.

Love locks such as these can be found in cities worldwide. While the history buff in me does not want to see these locks cause any damage, the romantic in me thinks they are very sweet. Che ne pensate? What do you guys think?

This post first appeared on Prayers and Piazzas in response to The Daily Post’s prompt: Locked. If this is your first time here, I invite you to sign my guestbook, or join me on Facebook where I share often about Italy.