I never really thought about why we “toast” with our drinks when gathered with others, I just accepted it as a time-honored tradition. But the armchair historian in me was amused to discover recently, while browsing one of my Italian texts, that we have the ancients to thank for this one.

This sparked my interest, so I turned to the great font of knowledge which is the Internet. Many different sites agreed.

“The term ‘toast’ comes from the Roman practice of dropping a piece of burnt bread into the wine,” states Brad Prescott, writing for IntoWine.com.

It’s no secret that the ancient Romans loved their wine, but apparently, not all wine at the time was comparable to the exquisite offerings yielded from today’s Italian vineyards. Much of it was, well, bad, because of its high acid content. The solution: a bit of “toasted” bread.

“The charcoal [in the bread] actually reduces the acidity of slightly off wines, making them more palatable,” continues Prescott.

Sources agreed that eventually, the Latin word tostus, (literally “roasted” or “parched”) came to be synonymous for the actual drink.

As for the practice of saying a few words of gratitude or praise with glasses raised? There are differing explanations, but certainly the Romans followed the lead of ancient Greeks, as was their custom in many ways of life. Perhaps it was borne from the practice of presenting wine as an offering to the ancient gods, but most sources agree on another motive. 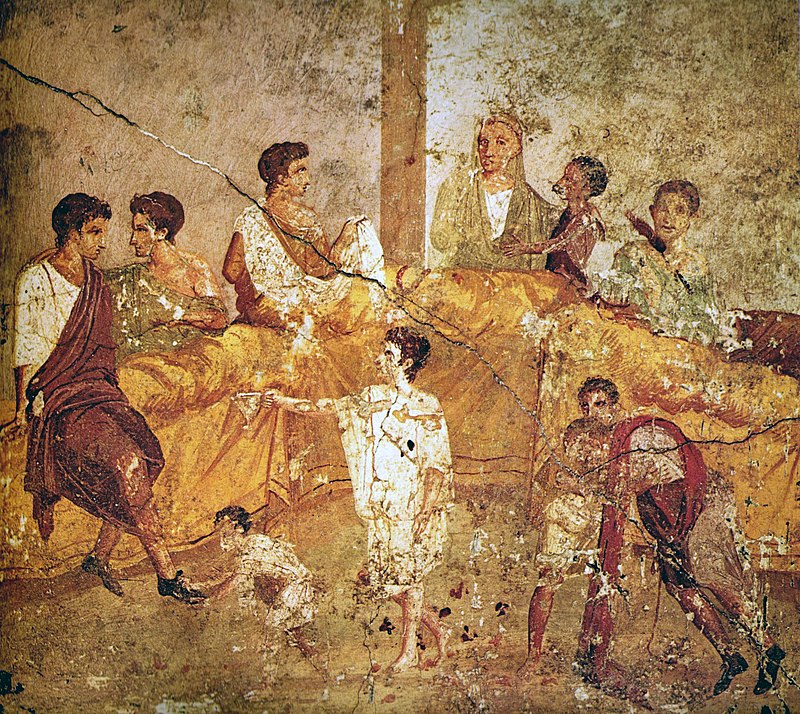 “As early at the 6th Century B.C., the Greeks were toasting to the health of their friends for a highly practical reason – to assure them that the wine they were about to drink wasn’t poisoned,” continues Prescott. As history shows, poisoned food or drink as a means to solve problems in those days was a reality. “It thus became a symbol of friendship for the host to pour wine from a common pitcher, drink it before his guests, and satisfied that it was a good experience, raise his glass to his friends to do likewise.”

The practice of toasting evolved throughout the years. In the 1700s, toasts were often said to the health of people not present, typically notable citizens or beautiful women — sparking the term “the toast of the town.” This century also saw the creation of the toast-master – a person whose job it was to propose toasts and ensure that everyone gathered had the opportunity to share what was on their mind. The modern-day organization, Toastmasters International, founded in 1924 in Santa Ana, California, was named with this position in mind. By the next century, toasting was a highly important ritual. “A British duke wrote in 1803 that ‘every glass during dinner had to be dedicated to someone’ and that to refrain from toasting was considered ‘sottish and rude’ as if no one present was worth drinking to.” (IntoWine)

I for one, am amazed to know that we continue this small but significant gesture of friendship and goodwill, countless times daily, around the globe and across centuries. I love how Life in Italy puts it, “To be the recipient of a toast can be humbling, but it is a blessing in its purest form, when the whole room stands and raises a glass in your honor.”

So whether you are the toaster or the toastee, gathered in a room of hundreds or just around a table with a few friends, I hope you have many opportunities to channel your inner ancient, raise your glass and toast to those around you and the many blessings in life.