The peaceful garden of the Palazzo Medici Riccardi, in the golden light of a perfect fall day in Florence.

Five quick facts about the palazzo:

1. The palazzo was commissioned by Cosimo the Elder — founder of the Medici bank and the patriarch of the political dynasty — in 1444.

2. An early design by Filippo Brunelleschi (of Duomo fame) was rejected because it was “deemed too sumptuous”¹ for Cosimo’s more discreet taste.

3. Ultimately, the palazzo was designed by Michelozzo di Bartolomeo Michelozzi (or simply, Michelozzo), a favorite architect of the Medici, and has been called the first Renaissance building erected in Florence.

4. The courtyard was once home to Donatello’s David (now in the Bargello).

5. The image below captures a few interesting architectural details which well represent Florentine style: the simple but impressive stone facade which appealed to Cosimo’s sober taste; the iron hooks used in days past as a hitch for horses; and the Kneeling Windows designed by Michelangelo and so called because “because of the shape of the consoles supporting the window­sill, which reach almost to the ground like a pair of legs.”²

(On a personal note — watch out for those kneeling windows which can be found all over town. Poor Daughter crashed head first into one last summer in the Santo Spirito district. All was well, especially after ice (ghiaccio) was applied and gelato was consumed). 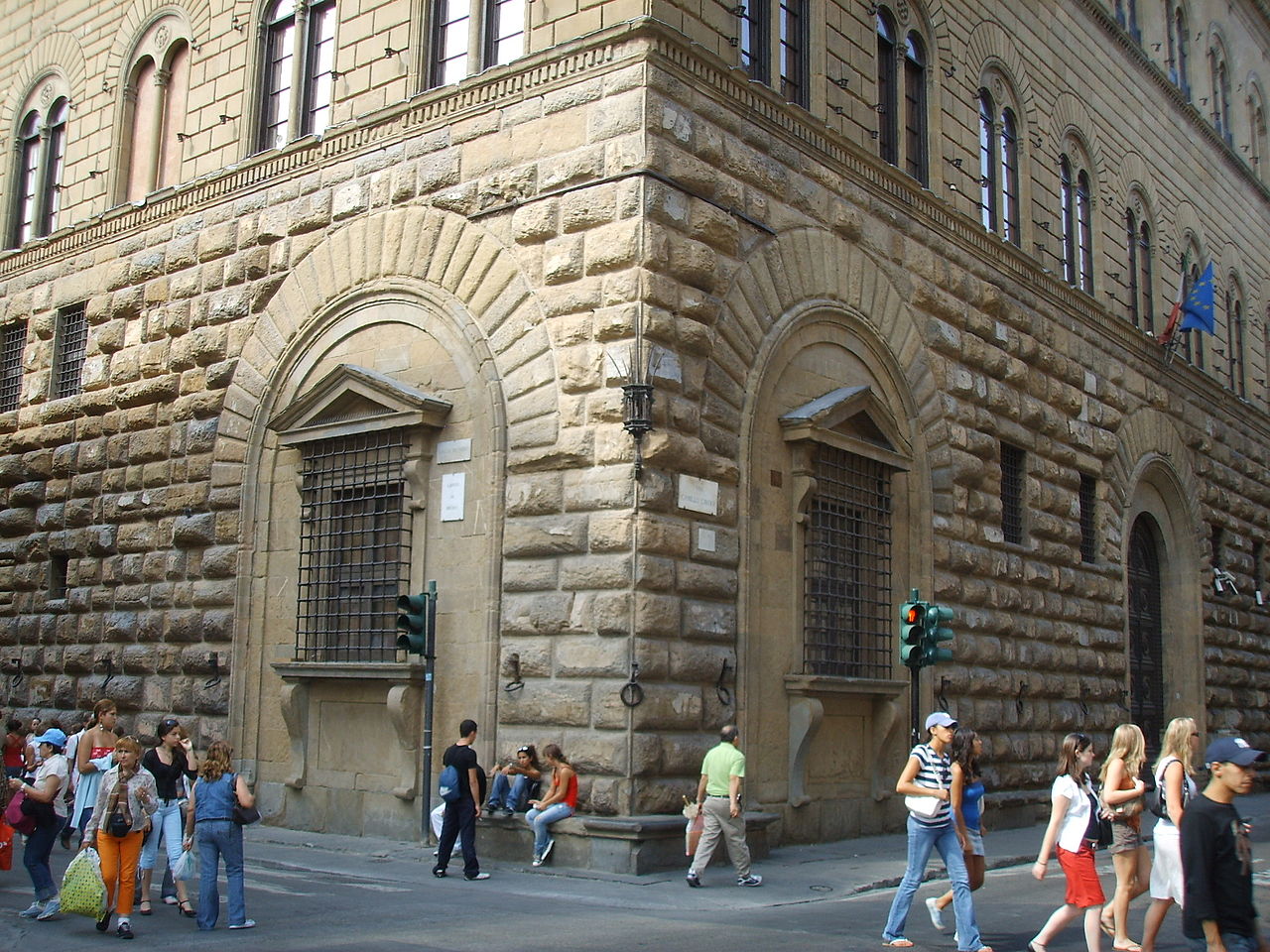 Perhaps in filling Cosimo’s wishes, there’s not much fanfare upon first glimpse of this building. It sits on a busy street corner of the city, just across from the basilica of San Lorenzo and the Medici Chapels. If you weren’t looking for it, you may not realize that the building located at 3 Via Cavour was once home to Florence’s most powerful family, and the greatest patrons of the Renaissance.