A gentle rainstorm the day before had washed the city clean, and this jewel of the Renaissance sparkled under the crystal blue sky that October morning. Walking through the cobblestone streets (which smell of leather), I am humbled to think about how many other “rock stars” of history have wandered this same path. Evidence of this is everywhere you turn. But nothing which indicates “Mona Lisa was here.”

On June 15, 1479, Lisa Gherardini was born in wool shop-turned-house on narrow Via Squazza (“wallow”) in the section of Florence known as the Oltrarno (beyond the River Arno). Still a lively and vibrant quarter, to get to there and to the starting point of the tour I crossed the beloved Ponte Vecchio, the only of Florence’s bridges to survive WWII. Traversing the bridge, I think about how Lisa herself must have crossed over these same cobbled tiles hundreds of times. 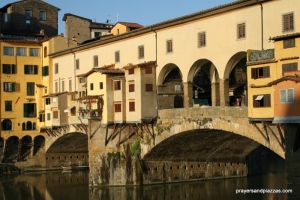 Next, we cross over (attraversiamo) the picturesque beauty below, Ponte Santa Trinita`, which was built in the late 1500s and reconstructed after WWII with stones recovered from the Arno. We arrive in the piazza of the church for which the bridge is named.

A short walk down Via Calzaiuoli (the “street of the little wool sock makers”) and past my hotel (Hotel Calzaiuoli – highly recommended) one is greeted by the majestic Duomo, the engineering marvel of Filippo Brunelleschi which has watched over Florence since 1436. Il mio cuore batte velocemente ogni volta – (literally – my heart beats rapidly every time), this is my own translation of “be still my beating heart.” 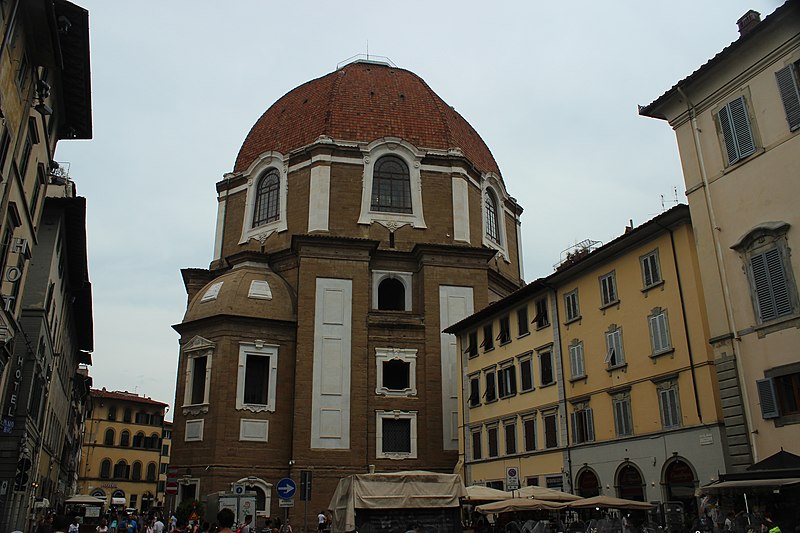 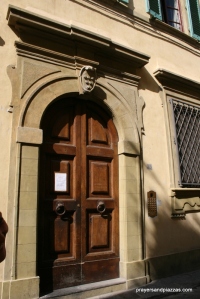 Stacy di Anna with Dianne Hales ❤ A great start to an unforgettable day.