“Is Santa Claus Italian?!?” exclaimed seven-year-old Daughter as she was watching the animated movie “Rise of the Guardians.”  Alec Baldwin voices Santa Claus, who does speak with an accent, although I’m not sure that it’s intended to be Italian.

“Mom, listen to him!” she implored, and then really focused on the next few lines of dialogue. “Oh ya, he’s definitely Italian!” (May I interject here how sweet I find it that she’s using a cartoon to verify her facts about Santa Claus?)

Childhood innocence aside, she was correct in believing that Santa Claus is Italian.

Certainly my family in Bari, Italy, in the heel of the country’s boot, would agree. Infatti (in fact), they might even say that Santa Claus is not only Italian, but more specifically, Baresi. After all, the patron saint of Bari is San Nicola —  Saint Nicholas — the man who inspired Santa Claus traditions around the world.

San Nicola hailed from an area of the Roman Empire during the 4th century and became bishop of Myra, a town in what is now in modern Turkey. Several centuries after his death and following the conquering of the city by the Turks, sailors from Bari (and Venice) retrieved his bones from the cathedral at Myra, and brought them to ultimately rest in both cities. 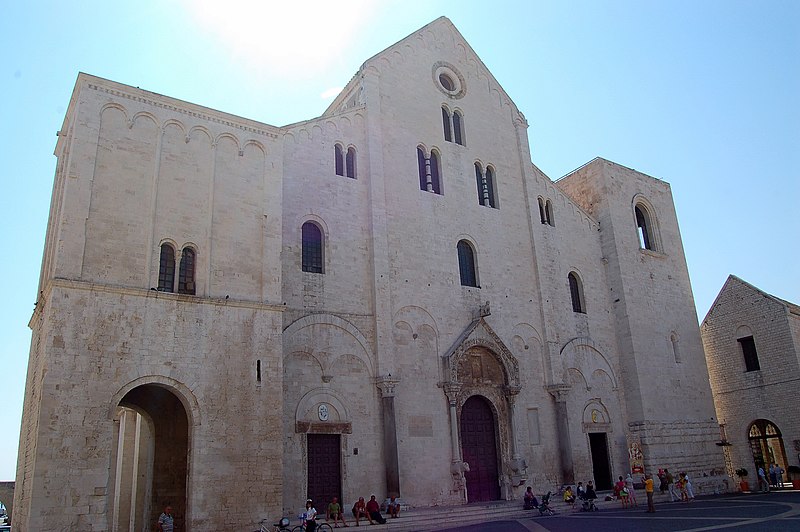 In life, Nicola was a generous, compassionate man, and had a knack for leaving anonymous gifts, often at night. “He had a reputation for secret gift-giving, such as putting coins in the shoes of those who left them out for him, a practice celebrated on his feast day, December 6.” (source)

The most well-known legend surrounding St. Nicholas involves a poor man in his church with three daughters of marriageable age. With their father unable to afford proper dowries or even provide for them at all, their future was bleak. Nicholas, who had inherited wealth as a child when his parents died, on three occasions threw three purses filled with gold coins (one for each daughter) through an open window, or perhaps even down the chimney, of the house. Some accounts say the gold coins landed in socks which were hanging to dry by the fire, thus inspiring the tradition of Christmas stockings. 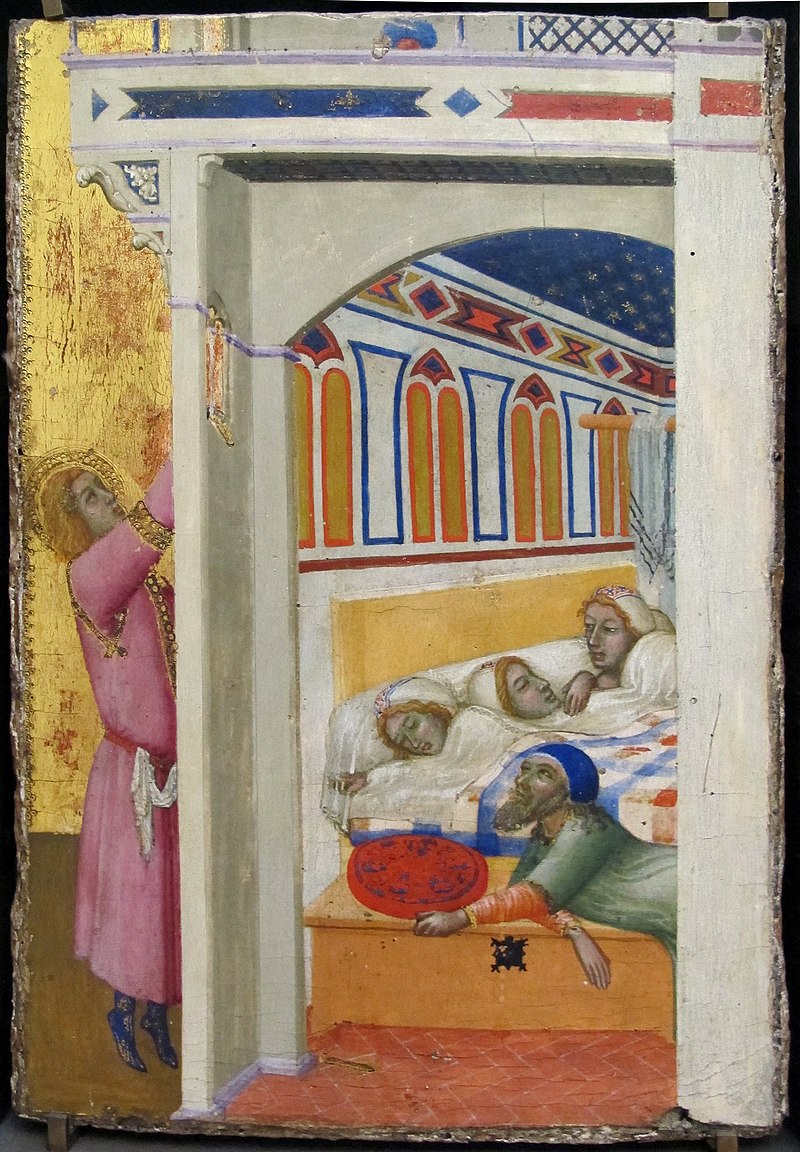 Above: The Charity of Saint Nicolas of Bari by Ambrogio Laurati of Siena. Painted in 1330-1340 and housed in the Louvre. Image Credit 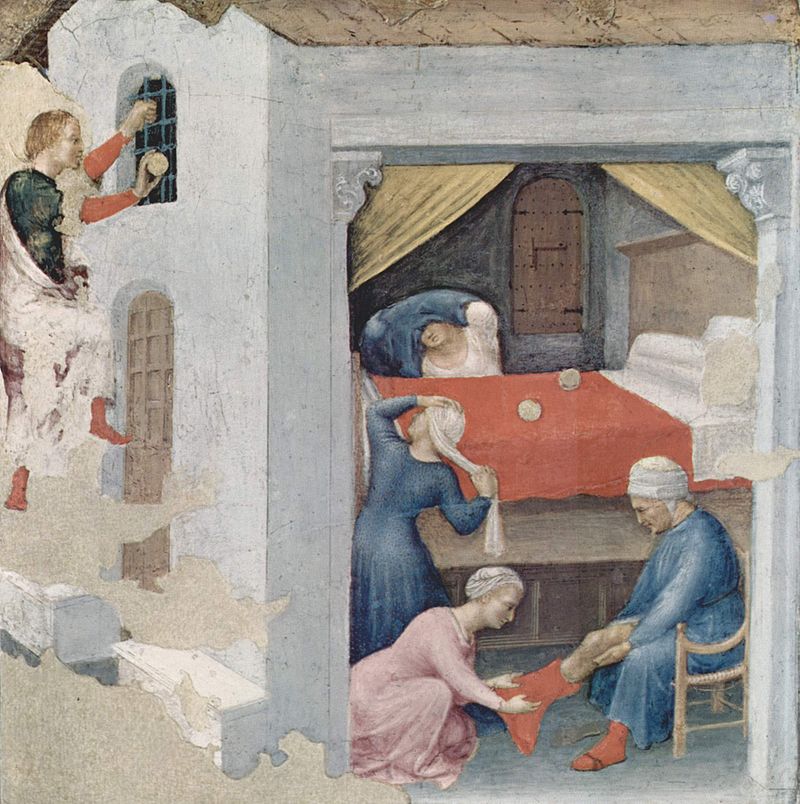 Above: The Dowry for the Three Virgins by Gentile da Fabriano circa 1425, housed in Pinacoteca Vaticana. Image Credit

“After Nicholas’ death, legends of his numerous good deeds spread, and hundred of churches were built in his honor,” writes Doris Baines in Christmas Traditions and Legends. “Over time, his legend grew as the stories became more and more incredible. At some point he gained the power to fly and was depicted riding through the sky on a white horse, wearing the hat and red and white robes of a bishop and sporting a long, white beard.”

Centuries after his charitable life, Saint Nicholas is now known the world over as the jolly man in the red coat who brings Christmas gifts to children. In Italy, he is Babbo Natale (literally Daddy Christmas), in France, Pere Noel which is the translation of the United Kingdom’s Father Christmas, while in Chile he is called Viejo Pascuero — Old Man Christmas.

No matter how he is called, all names lead back to one man: Nicola, Patron Saint of Bari, whose ancient bones rest in my family’s ancestral Italian city.

Sounds pretty Italian to me.