A Snapshot From / Sydney

Crossing over continents and oceans usually finds me in Italy, but this summer I have landed in Sydney, Australia for a handful of days. Join me as I get to know this lovely city a little better!

The iconic Sydney Opera House, just a short walk from my homebase for the week. Almost 20 years in the making, the Opera House opened in 1973 and hosts more than 1500 performances every year. It has been a UNESCO World Heritage site since 2007.

The magnificent Sydney Harbour Bridge, opened in 1932, is noted as the tallest steel arch bridge in the world. It’s architecture was inspired by the Hell Gate Bridge in New York City.

Australia has 21,262 miles of coastline along both the Pacific and Indian Oceans, and in Sydney there is an abundance of breathtaking ocean views. We saw plenty on our city bus tour.

I haven’t seen (yet alone tasted) vegemite yet, but there is no shortage of nutella (or gelato) here!

Next three photos are of Bondi Beach, where I was able to put my feet in the sand and water. Despite it being winter in Australia, the Pacific Ocean here is MUCH warmer than it is Southern California, even in the summer! 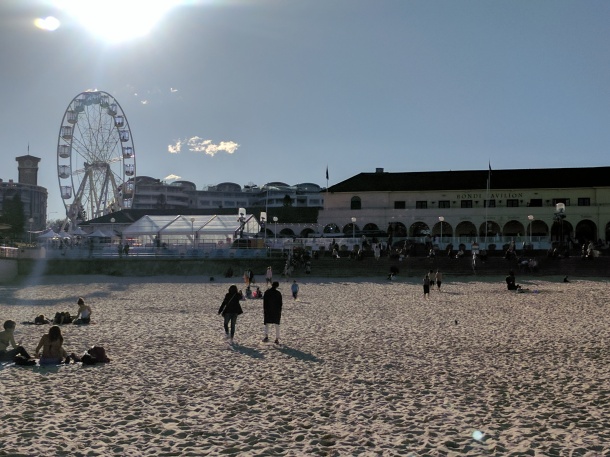 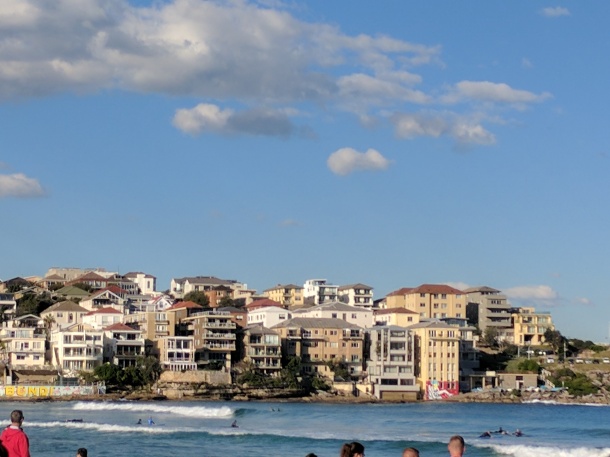 A perfect end to the first day in Sydney — sipping Shiraz surrounded by this view:

Benvenuti, welcome, I'm so glad you're here! Growing up in an Italian-American family, Italy was no big deal. Until I unintentionally fell in love with the country and culture after a trip in 2010 -- maybe the same thing happened to you?

I launched Prayers and Piazzas to celebrate my love of all things Italy, and to connect with others who feel the same! Part culture, history and language, part travel guide and travel stories ("piazzas") with a dash of gratitude, joy, booklove and family ("prayers").

My hope is that here you will find something useful, beautiful or meaningful, and dose of Italian flare to brighten your day!